With cyber crimes on the rise, experts warn consumers and businesses to protect their data

KALAMAZOO, Mich. — With October being National Cybersecurity Awareness Month, experts are cautioning people to protect their personal information. Statistics show cybercrimes are on the rise, and hackers may have easier access to your data than you think.

A report gathered by the FBI’s Internet Crime Complain Center shows internet crimes like theft, fraud and exploitation resulted in $2.7 billion in financial losses in 2018, a stark increase from $800.5 million in 2014.

The crimes resulted in a financial loss of $7.45 billion in the five-year span, the report shows. 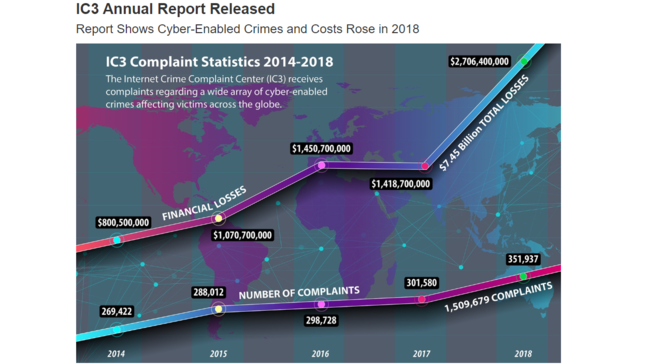 “The statistics gathered by the FBI’s Internet Crime Complaint Center (IC3) for 2018 show Internet-enabled theft, fraud, and exploitation remain pervasive and were responsible for a staggering $2.7 billion in financial losses in 2018.” (Federal Bureau of Investigation)

Those numbers reveal a disturbingly steady trend: the number of internet-enabled complaints is quickly rising, and with it, so is the amount of money consumers are losing.

Steve Opoku, president of Speedy Computer Rescue, said in the wake of this realization, his staff is focusing more frequently on cybersecurity efforts, which includes monitoring the data of companies and consumers for breaches. 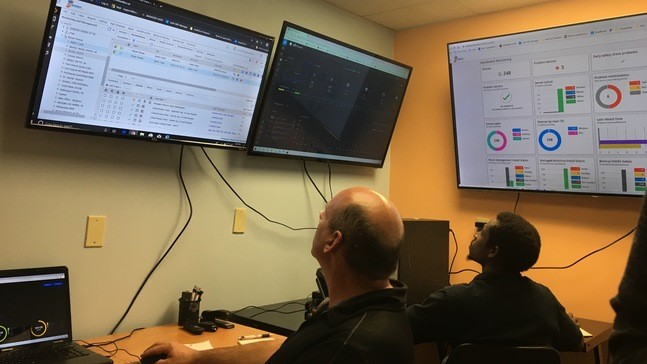 He said while hackers are becoming increasingly more creative in deceiving their victims, getting access to data isn’t all that hard.

“There’s so many different ways to get the virus to the user,” he said.

Often, he said people don’t know they’re victims until at least 60 to 90 days after the hack. He said cyber attackers can even use job listings as an opportunity to get information.

“For instance, if company ABC was hiring, they list the job requirements, HR manager’s name and email. Big mistake,” he said. “Now I [the hacker] can create a file, call it resume.pdf, attach it to a fake email, and send it to Mrs. Smith from HR.”

Opoku said the HR manager could open the resume, not knowing she was also releasing a virus.

According to Opoku, viruses and other hacks can give attackers access to a “scary” amount of information. He said emails, passwords, photos and personal information like social security numbers are just part of the picture.

Opoku said hackers can hold files hostage, delete them all together, or use your computer as a “zombie device” that allows the attacker to hack other people from your computer. What’s more, the virus could also allow access to your microphone or webcam.

“It’s almost like I’m sitting behind your computer,” he said. “And you can do it from your basement in the middle of nowhere, right in your PJ’s.”

If a business is hacked, he said attackers could have access to the personal information of its consumers. He showed a redacted data breach report he’d run on a local business. The report turned up 420 breaches on 279 accounts. The breaches included passwords for email and social media accounts, among others. Opoku’s team said the report was one of many like it.

“So far, almost 60% of the businesses that we’ve come across, we have valid concrete proof that they’ve gone through a data breach, and that their data is on the dark web for sale for really, really cheap,” said Opoku.

Opoku said he’s making a large effort to approach and educate local businesses about the risk of data breaches. That’s because when a business is breached, he said, it’s the consumers who suffer.

His daughter was one of them.

“By the time she was four, there were three data breaches that involved her personal information,” he said.

According to Opoku, one of those breaches was Equifax. He said the he other two were from Kalamazoo-area doctors offices.

“It’s sad and frustrating that she did not get a chance to protect herself from these bad guys,” he said. “We trusted her information with local businesses, and they did not do anything or enough to make sure our information was protected.”

Because hacks are so hard to track, Opoku said its best to defend yourself from becoming a cyber-crime victim in the first place. He recommends that consumers take the following steps to protect themselves:

Just how to Publish Contrast Article and a Compare

In terms of schooling in united Kingdom, essays are its crucial component. The skilled essay…

How come does an individual need a Virtual board of directors software?

How should your own board create options? Can this be quickly sufficient together with comfortable…

Best places to Satisfy Women of all ages Around Us